Another detail I added was something to help set the scale of the model.  Because I had settled on 1/100th scale, I determined that this vehicle was something that a crew rode around in.  To help show this I punched out some discs of plastic and glued them to the top of the main body to represent hatches.  I used a Punch and Die set from Harbor Freight and sheet styrene that I had laying around.

I also sculpted some crew gear that could be glued to the exterior of the body.  Again, I used Kneadatite Epoxy Modeling putty, more commonly known as “Green Stuff” to sculpt in.  Equal portions of the “A” and “B” components are kneaded together until you get a uniform green color.  I now have about 90 minutes of sculpting time.  Using toothpicks, knives, and other sculpting implements, I fashioned a small collection of bedrolls, sacks, and bread bags reminiscent of what the Germans used during WWII.  I used my little figure – “scale-guy”, as my scale guide to insure everything looked correct.  When cured, the gear was glued onto the body, near and around the new hatches. 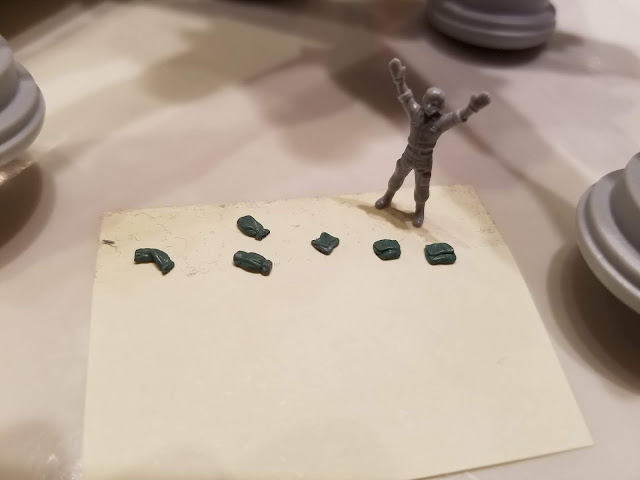 With nearly everything in place, I was ready to start the real fun of painting and weathering.  A quick wash under water with a drop of dish washing detergent and an old toothbrush helped clean off resin dust, fingerprint oils, and any other unwanted schmutz that may be stuck to the surface.  I let the model dry over-night and prepared for the next step. 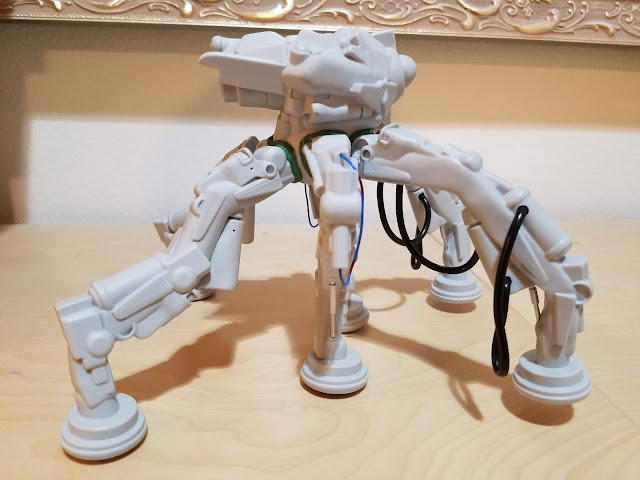 fig.10: Build mostly complete. Time to start slapp’n paint!
Painting - Priming
We prime models for a number of reasons.  A smooth primer coat helps provide a “tooth” or surface for subsequent coats of paint to grab on to.  A primer coat can also help one spot imperfections or missed seams.  Believe me, you want to deal with these way before you start painting in earnest as fixing these at a later stage will mar or ruin the surrounding paint finish.  When dealing with a multi-media model such as this (rubber, putty, resin, plastic, and metal), the primer coat also provides an even color base and even surface texture.  You may not want the smoothness of the aluminum to stand out from the rest of the cast resin texture so a primer is the perfect way to remedy this.
In this case, I started with a few light coats of Citadel Chaos Black Primer.  I like the darker primer color as it helps hide missed painted areas in nooks and crannies and I was going to try a technique where I actually use three different primer colors, black, grey, and white.  I come from an armor model background and this technique has been in vogue for some time now.  With its interesting shapes, I thought this would be a perfect candidate for the technique.
The black was initially sprayed up at the model from below.  The undersides of the vehicle will be in shadow and the black primer helps set that tone.  Grey primer was misted from a horizontal angle coating the majority of the surfaces.  I had an almost empty can of white primer which I sprayed from the top, allowing white to rest on all the horizontal surfaces, heaviest near the top.  Unfortunately (but actually quite fortunate) the white primer started sputtering all over my model.  I stopped, but then thought the speckled and spotty paint might be useful, so I kept on, splattering white primer from above. 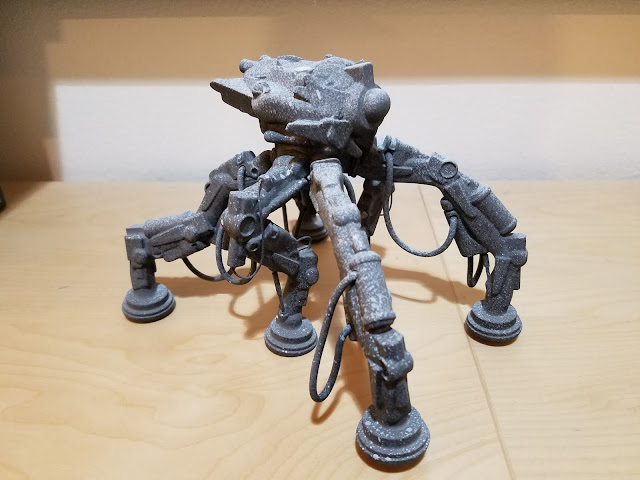 fig.11: Priming with black, grey, and white. The splattering was due to a near empty can.
Base Coat
After the primer coat I proceeded with the base coat.  I decided to go with a German Dark Yellow color (my armor past catching up with me).  I used an airbrush (Iwata HP-C) to lightly mist Tamiya Color acrylic XF-60 Dark Yellow over the entire model.  I then lightened the color by mixing in a drop or two (in the airbrush paint cup) of Tamiya XF-57 Buff.  This was lightly sprayed over the top surfaces, highlighting high points and exposed areas.  I did this a few more times, each time adding another drop or two of the Buff to lighten the color.  I tried to keep each application light and this allowed some of the Black, Grey, White work to show through.  The speckling of the white actually added chromatic texture and visual interest to the otherwise boring base color.  I finished off with a coat of Tamiya XF-52 Flat Earth around the feet and lower surfaces of the legs to represent dirt and mud picked up during a recent trek. 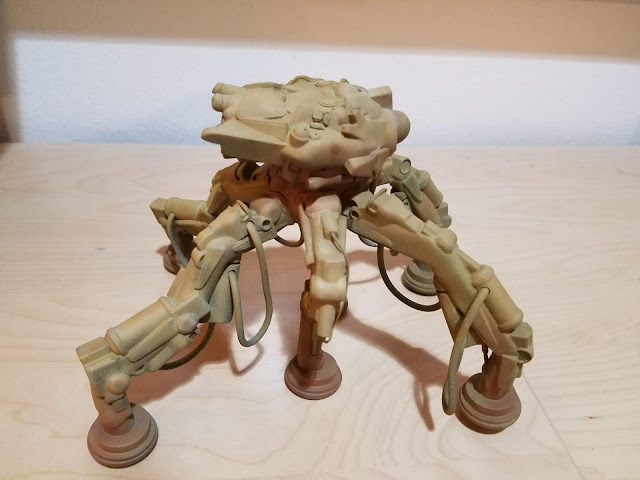 That's all for today.  More to follow soon.
Posted by alexander whang at 1:33 PM